2.   Arunachal Pradesh Police Bharti: Recruitment Centre for AP Police Bharti will be office of the Superintendent of Police of the respective Districts.

3.   AP Police Vacancy:  Arunachal Pradesh Police Recruitment for 897 vacancy  details are as under:-

NOTE:  (a)   The posts for APST distributed district-wise is reserved only for domicile APST candidates applying in a particular district.

(b)   The APST candidate applying in a particular district should be Permanent Residence of the concerned district.

4.   Age Limit:  Age limit and age relaxation for Arunachal Pradesh Police is as under:-

(c)   Relaxation of upper age limit for APST is given to maximum of 5 years.

Note:  Physical Efficiency Test for AP Police Bharti will be qualifying in nature. Candidates who do not qualify the minimum qualifying standard in any of the above events shall be treated disqualified for the next level/ stage.

6.   Application Form for AP Police Bharti: The application forms can be downloaded from the website of Arunachal Pradesh Police at www.arunpol.nic.in.

7.   Receipt of Application Forms: Application Forms duly filled up and accompanied by self attested copies of following certificates will be received with effect from 2023 on all working days at the respective recruitment centres.

(b)   Proof of age as per School Certificate / Birth Registration Certificate

(e)   Four recent passport size colour photographs (one affixed on the application form at the space provided and 03 (three) nos. separately enclosed in an envelope with self signature on backside.

(g)   A treasury Challan of Rs. 10/-  for APST candidates and Rs.40/- for General candidates in favour of Asstt Inspector General of Police (E), PHQ, Itanagar under Head of Account “0055” Police, should also be enclosed.

8.   Address for Receipt of Application Form

Note:   The application forms can either be sent by post or submitted directly by hand at SP Office of respective Recruitment Centers for APST candidates of domicile district and at AIGP (E), PHQ Itanagar for General candidates.

Scrutiny of the Documents, Measurement of Physical Standard and Physical Efficiency Test shall be carried out at venue:

(a)  For APST Candidates: District Headquarters of the respective districts.

(b)  For General Candidates: PTC Banderdewa tentatively in the month of November’2017. The actual date & venue will be and through e-mail / SMS / police website as well.

11.  Trade Test: The applicants for the post of Constable (Band / Bugler) IRBN (Male) who qualify the PST / PET will have to undergo a Trade Test, carrying 100 marks, which may be conducted on the same day.

12.   Written Examination: The candidates who qualify in Physical Standard Test / Physical Efficiency Test will be put through written test in the following subjects for which date and venue will be announced separately. The written examination shall be conducted simultaneously at all the recruitment centers.

13.  Interview AP Police Bharti: The candidates scoring higher marks in written test for the post of Constable GD Civil Police (Male / Female) and written / trade test for the post of Constable (Band / Bugler) IRBN (Male) in order of merit will be called for viva voce at the ratio of 1:3 with respect to the vacancies. The date, time and place will be announced separately. Maximum marks for the viva-voce will be 40 marks.

15.  Medical Test AP Police Bharti: The candidates should be free from physical deformity like bow legs, knock knee, flat foot, crow foot, squint eye or any other physical or mental deformity. The candidates with such deformity / infirmity will be rejected during the physical standard test / medical examination. selected candidates shall be subject to clearing a medical examination conducted by a medical board and satisfactory verification of Character & Antecedent.

16.   Previous service:  Ex-servicemen (APST candidates of domicile district) who have completed their service tenure in Army/ Air force /Navy / Assam Rifles / CRPF / BSF / CISF / ITBP / SSB / NSG with satisfactory record of service and those who have retired voluntarily from service with full benefits will be eligible.

17.    Age Criteria:  Age concession for Ex-serviceman will be allowed in accordance with the orders issued by the Govt. from time to time. After deducting military service from their actual age, resultant age should not exceed the prescribed age limit by more than 3 years.

19.   Others:  The other conditions and criteria viz., educational qualification, PST, written test, Trade Test, vivavoce, etc. shall be same as in the case of APST candidates. 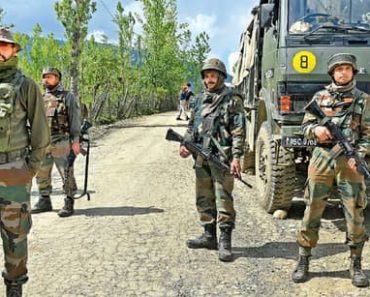 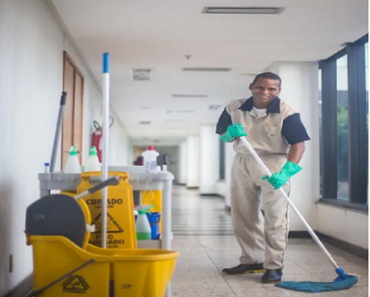 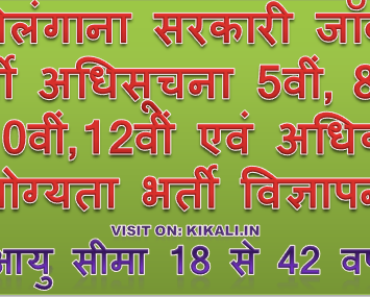